The Concept of Health and Disease in Yoga

Home   : :   The Concept of Health and Disease in Yoga 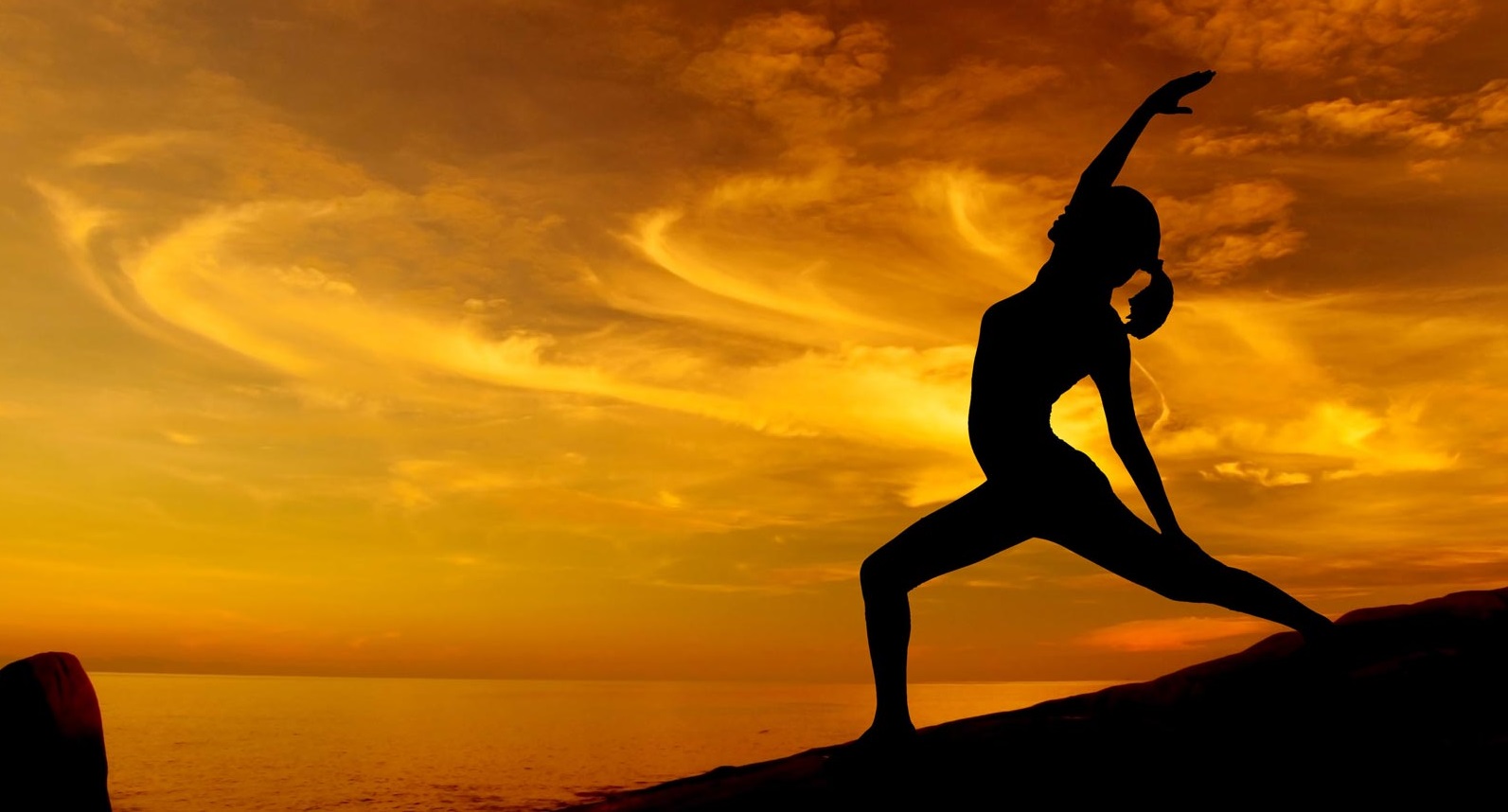 The Concept of Health and Disease in Yoga

Yoga is an ancient wealth of wisdom which is a gift passed down to us from our ancestors from five centuries ago. It is unfortunate that in today’s world this tradition of yoga is only confined to the practice of asanas or physical postures.

The word yoga is derived from the Sanskrit root word ‘Yuj’, which means to unite. It symbolizes the union of the individual soul (jivatma) with the universal soul (parmatma). It is the union of the individual mind with the universal intelligence. Yoga is a way of life and an ancient Indian science which influences the functioning of the brain and rest of the body. Yoga has become a therapy, where people seek to alleviate their physical, mental and emotional imbalance. Yoga practices enhances self-awareness and spiritual beliefs.

According to Patanjali Yoga Sutras, yoga is said to be consisting of eight limbs:

Yoga, a form of holistic mind-body medicine, that includes the use of physical postures (asanas), breathing techniques (pranayama), meditations, relaxation techniques, and lifestyle changes based on ancient yogic philosophy, is simple and easy to practice. It reduces stress and anxiety by improving neurohormonal mechanisms that suppress sympathetic activity through downregulation of the hypothalamic-pituitary-adrenal axis.

While the hath yoga practitioners evolved some cleansing procedures like kriyas, mudras and bandhas.

‘Health’ is a concept which is defined as the state of complete physical, mental and social well being and not merely the absence of disease or infirmity. It consists of physical, mental, social, vocational, moral, emotional and spiritual dimensions.

It is evident that health is a dynamic and multi-dimensional state. So, to achieve optimum health one must use the holistic approach which caters to each dimension. The healthy life can be considered as a by product of practicing yogic techniques since it has been observed that yogic practitioners are physically and mentally healthier and have better coping skills to stressors than the normal population. Knowledge of inexpensive, effective and easily administrable yogic techniques by health professionals will go on a long way in helping us achieve the goal of perfect well-being.

Asanas (postures) and kriyas (cleansing techniques) improve the physical component of our health.

Yama (discipline) and Niyama (observance) are universal rules of morality and social conduct laid down by sage Patanjali. They are similar to modern principles of public health and community medicine.

The practices of pranayama (breath regulation) and pratyahara (withdrawal of senses) improve our emotional health.

While samadhi (surrender to the almighty), encourages the development of spiritual health in an individual.

The mind-body relationship is understood and there is acceptable evidence to support it. Yoga looks at these mental conflicts as uncontrolled speed of thoughts in the mind; four compartments of the lifestyle, diet, lack of exercise, dire habits (smoking, alcohol and uncontrolled desires) and emotional stress are all traceable to mind. Yoga has been noted as a

safe and cost-effective intervention which helps to alleviate sympathetic activity and promote parasympathetic predominance, thereby, improving quality of life and reducing pain perception. Hence, yoga is fast advancing as an effective therapeutic tool in physical, psychological and psychosomatic disorders. According to the tradition of Yoga and Upanishads, man has five sheaths or bodies, called as the pancha koshas. . The first and foremost is the physical body, called as “Annamaya kosa”. The next subtler body is the “Pranayama kosa” featured by the predominance of prana. “Manomaya kosa” or the psychical body is responsible for the functions of mind, namely perception, analysis, memory and also the emotions. The “Vijnanamaya kosa” characterized by discrimination and a capacity to judge, aimed at channelizing human behavior towards perfect health, in tune with nature. Lastly, in the “Anandamaya kosa”, man is established in perfect harmony, bliss and freedom from fear. The root cause of stress induced ailments is the imbalance at the Manomaya kosa. The disturbances in the Manomaya kosa percolate into physical body (Annamaya kosa) through disturbed prana flows. Hence, the management of these stress induced ailments should correct imbalances at all these levels (physical, prana and mind) and help the patient establish himself in his Vijnanamaya and Anandamaya kosa which is the state of freedom from illness. Hence, yoga techniques are offered al all these levels, to correct the imbalances through a set of yoga practices which we term as “IAYT”. To correct the problems at various levels, we have following practices:

• Vijnanamaya kosa: Differentiate between the right and wrong. Understanding the nature of one’s problem in the light of Indian thinking through self-analysis (Jnana yoga).

• Anandamaya kosa: Practice by joy in all circumstances (Karma yoga). Establishing in the experience of the ananda is the basic fabric of this universe including the self.

Yoga, a form of holistic mind-body medicine, that includes the use of physical postures (asanas), breathing techniques (pranayama), meditations, relaxation techniques, and lifestyle changes based on ancient yogic philosophy, is simple and easy to practice. It reduces stress and anxiety by improving neurohormonal mechanisms that suppress sympathetic activity through downregulation of the hypothalamic-pituitary-adrenal axis.

Impairment of health, a condition of the body in which its optimal functioning is disrupted or deranged is called a disease.

In Patanjali yoga sutras, total of 13 obstacles are described in the path of samadhi. Vyadhi or disease is one of them. Five kleshas are described which are the root of mental illness. It includes ignorance, ego, desire, aversion and fear of death. Among these, ignorance is said to be the root of all these afflications.

The text describes about the concept of yoga therapy, where the mind, which is called ‘adhi’, influences the body, thus creating ‘vyadhi’, the disease. Adhis are twofold: Samanya (ordinary) and Sara (essential). Samanya/ ordinary diseases could be termed as lifestyle noncommunicable diseases since these are produced during the interactions (mental conflicts) with the world. Sara adhija vyadhi is the essential disease of being caught in the birth- rebirth cycle that can be understood in modern terms as congenital diseases. The sara adhija vyadhi

does not cease until knowledge of the self is attained. Anadhi vyadhis are non-stress-related diseases like those due to injury, infection and toxins. In modern language, this is called psychosomatic illness where the mind brings about the disease in a physical body.

In Naturoapthic philosophy, it is believed that improper functioning of the digestive tract is the root cause of all the diseases. In fact, “constipation is called the mother of diseases”. In conventional medicine, these are called as psychomatic diseases.

In conclusion, it is quite evide nt that the holistic approach of yoga therapy targets the management of an individual at all levels of being. Therefore, to attain optimal health this is the ultimate way. Rather, yoga must be adopted as a way of life and not just physical posture or exercise.